Grind Your Bones to Dust, by Nicholas Day 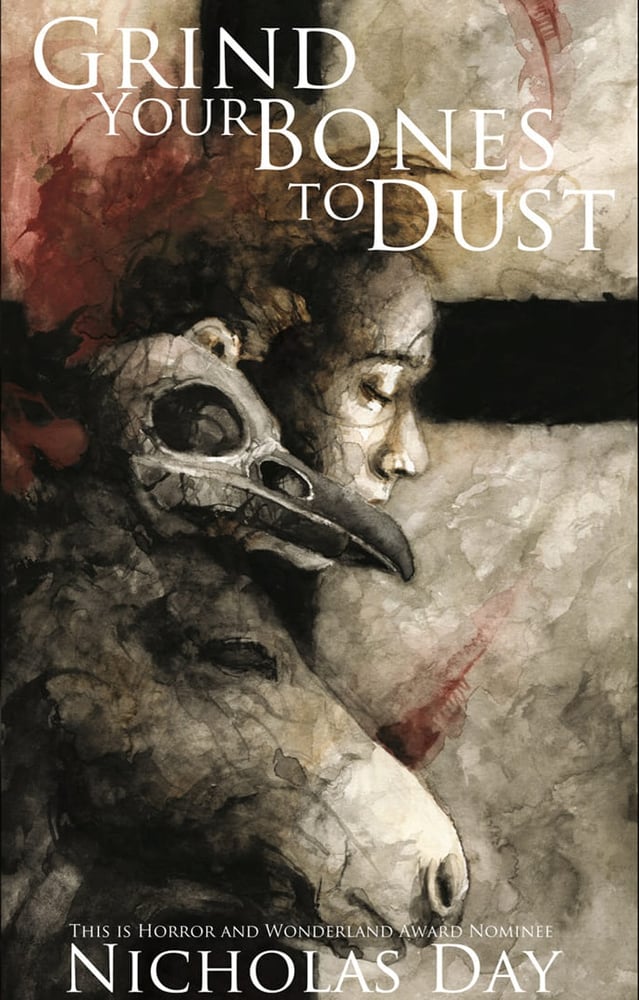 “The brilliance of it all is breathtaking … I have never read its equal.”
-Cemetery Dance, Sadie Hartmann

“… a symphony of violence rendered with a poet’s eloquent finesse and a madman’s ecstasy…”
-InkHeist, Shane Douglas Keene

“The perfect blend of character, voice and setting … is cause for celebration.”
-This Is Horror, Thomas Joyce

“I loved it, but damned if I didn’t need a drink afterwards.”
-Sci-Fi & Scary, Lilyn George

“Quick-paced and nasty … Nicholas Day is a strong-arm writer to be reckoned with…”
-Michael Arnzen, Bram Stoker Award-winning author of Grave Markings and Licker

In his first novel, This Is Horror and Wonderland Award-nominated author Nicholas Day invites you to take a journey into a Hell that is at once uncomfortably familiar, yet unlike anything you’ve ever encountered before: a surveyor finds himself pursued by flesh-eating donkeys in the furthest reaches of Oregon’s desert; a mass-murderer leaves the sanctity of his mountain home to pursue a long-lost love, his guide an otherworldly raven possessed by a 19th century American humorist; in nearby Klamath Falls, two estranged childhood friends set off to find a missing father with the help of two aging cowboys; and, a prisoner in her own home sees a vision of death and knows there is no escape.

Death is the one, true faith.

And everyone worships in their due time.

The Gates of Nihil are wide open and waiting to…

GRIND YOUR BONES TO DUST