Laser House on the Prairie, by David W. Barbee 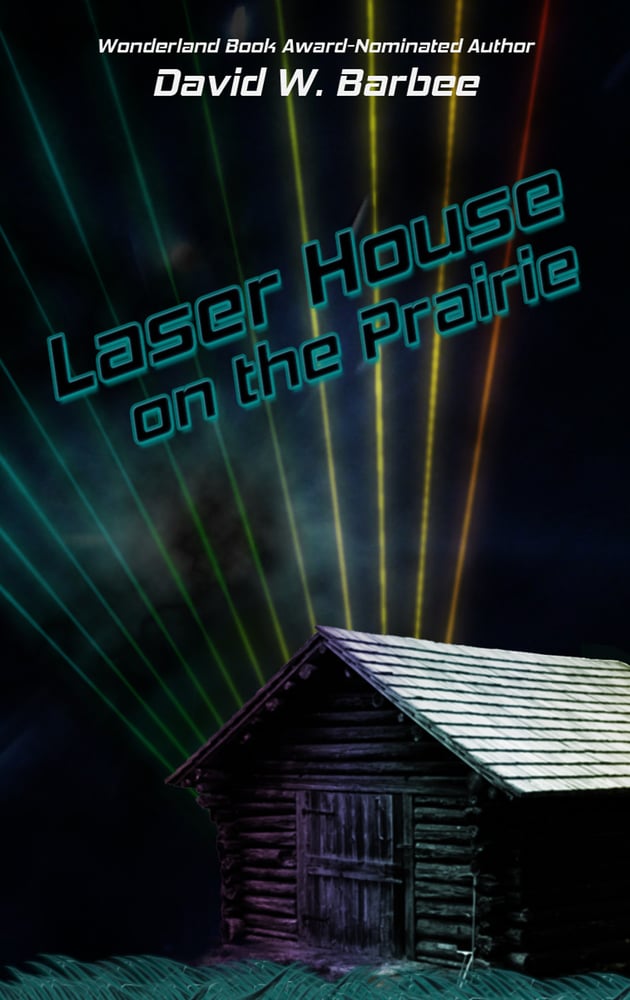 On a lawless frontier of fiber optic plains, Jeph longs only for a simple life with his husband in their house that floats on a laser beam. Then comes a posse of his old war buddies--the coolest, baddest, razor-sharpest gunslingers on the prairie. They're on a quest to steal the Red Orb, the world's most addictive laser weapon, and they want Jeph's tireless skills with a gun.

All that stands in their way are a bunch of NERDS.

Obsessive, entitled, consumerist, know-it-all nerds, squirreled away in a decadent secret city where even an ancient doomsday device can be lost to the detritus of pop culture. Nerds are the opposite of cool--speaking in references and catchphrases--mindlessly worshiping the convoluted mythologies of their favorite STUFF. They've no idea that the smoothest criminals in the land are coming to rob them blind.

It should be an easy score, but nerds ruin everything. Old Jeph will have to fight for his life if he wants to escape this quagmire of toxic fandom and return to his LASER HOUSE ON THE PRAIRIE.